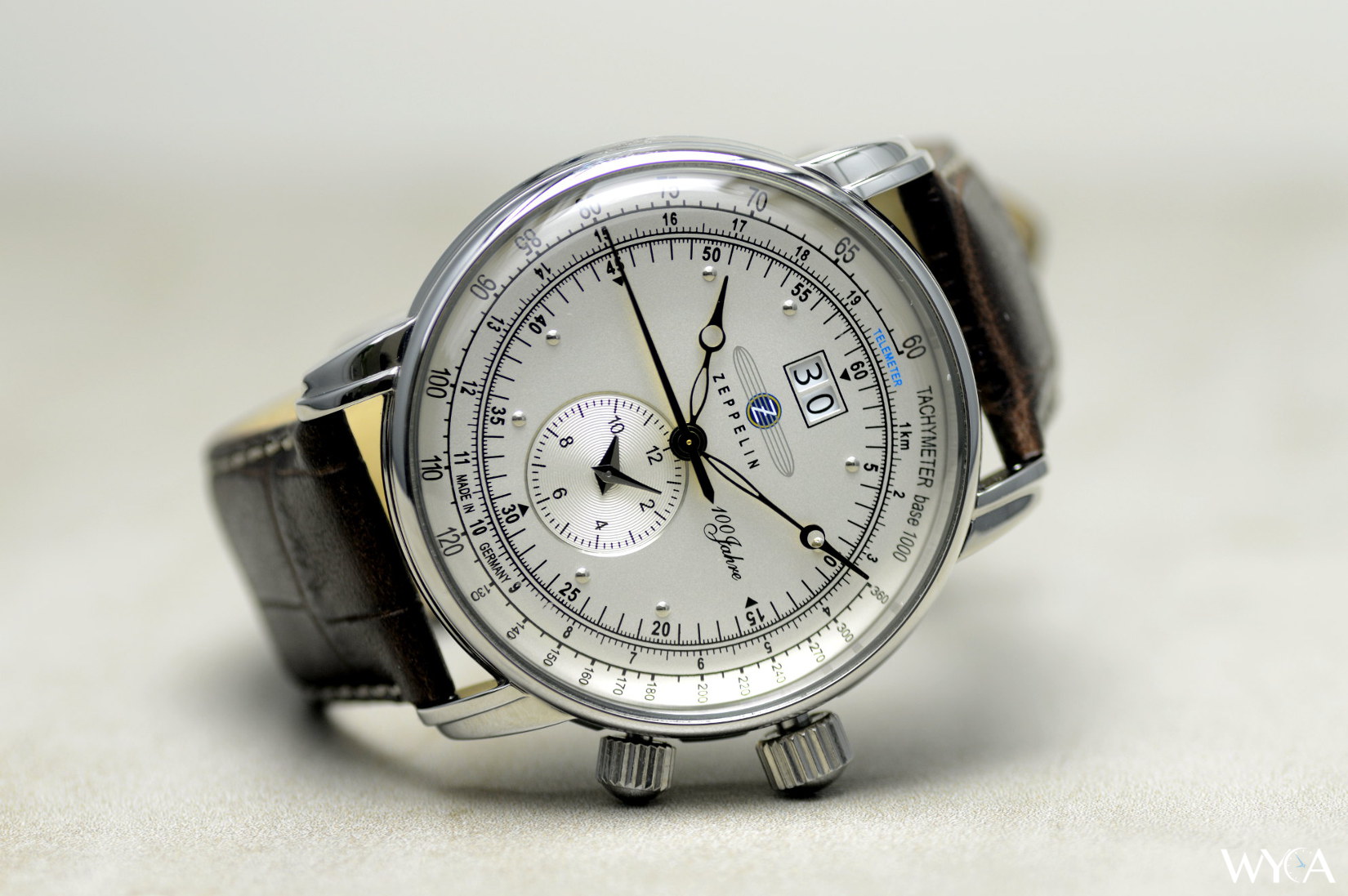 Another member of my ever-growing collection, the Graf Zeppelin Dual Time “100 Years of Zeppelin” is one of the few quartz pieces I own that I love to get excited about.

At first glance it seems conventional enough- the big date and what appears to be a “small seconds” display at 6 o’clock give the 7640-1 a familiar aesthetic. Of course, the “small seconds” is actually a completely separate time display, operated via the crown at 4 o’clock. 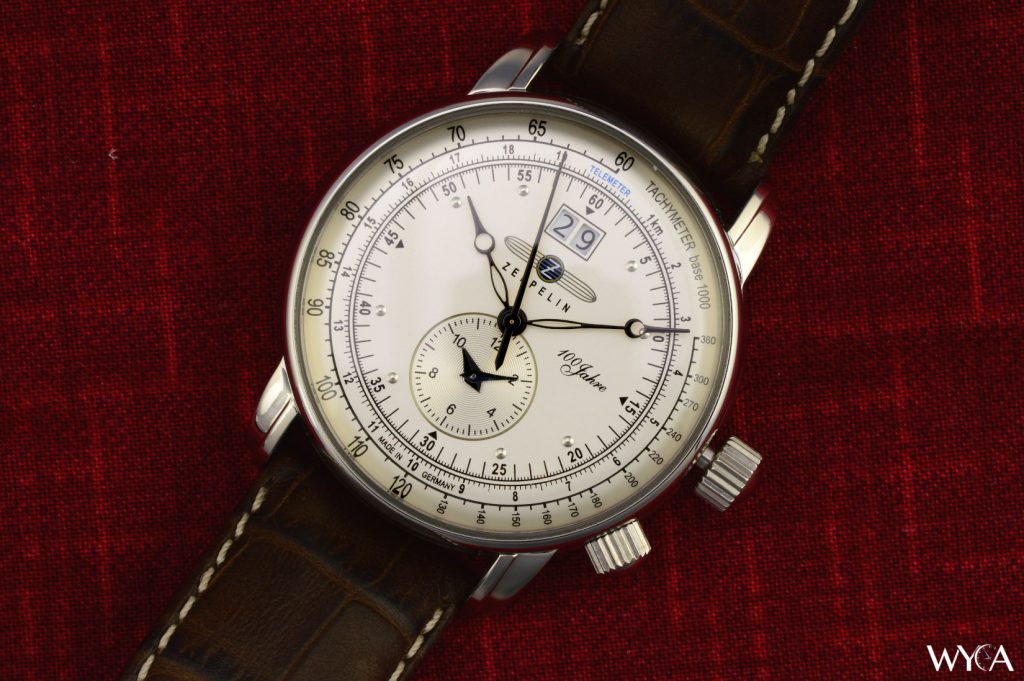 Not a lot of watches have prominent second crowns, and its presence immediately makes the Zeppelin look different than most watches.The first thing I notice is the second crown at the 4 o’clock position. The Seiko Alpinist also has a second crown, and it too is a distinguishing feature of that watch.

The crystal gives the dial a real sense of depth and makes the watch feel like something special. Eloquently designed, the dial looks fantastic overall, and the changes to the dial’s apperance the crystal makes as it refracts and warps light only adds to its appeal.This complexity really shines depending on the angle. The appearance of the dial twists and contorts as you change the viewing angle, and its one of the best parts of the watch.

I really enjoy domed crystals because of the effect they have on the lines and features of the watch. One of my affordable favorites, the Orient Bambino, also has a domed crystal. Compared to the Bambino, the more complex dial on the Graf Zeppelin creates more interesting lines and patterns in the crystal.The second thing I notice is how the domed crystal interacts with the dial. 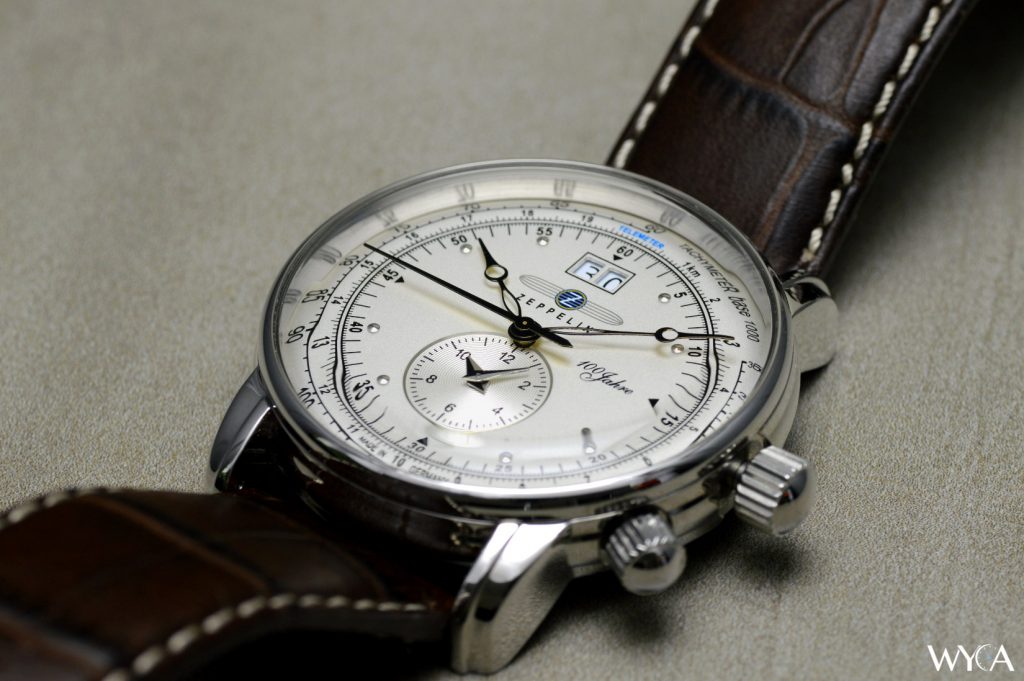 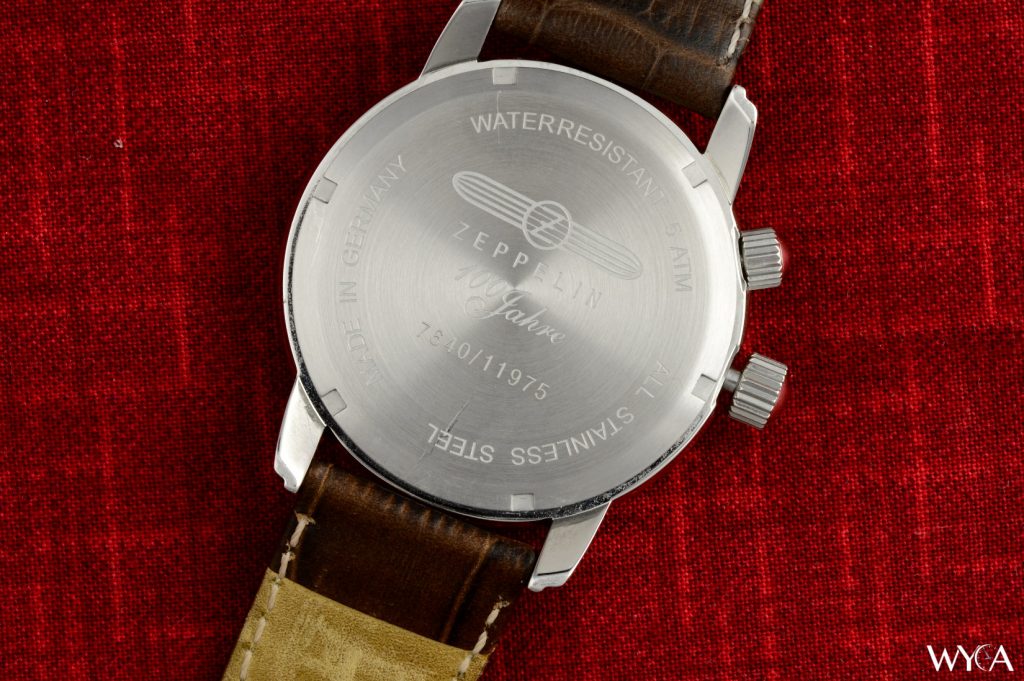 When manipulating the main crown, the second time zone will auto adjust based on your inputs. It is finely grooved and refracts light in a subtle but attractive way. If you don’t want to change the time on the dual time display, simply use the crown at 4 o’clock to manipulate the subdial on its own.At 6 o’clock is the second time zone.

The rich brown compliments the dial- in my opinion, this is the best looking version of this watch.The entire package looks and feels right at home on the brown crocodile-grain leather strap.

This is easily one of the beset looking watches in my collection. This is the first watch of theirs I’ve worn or owned, and I’m really impressed by how they’ve styled it.Graf Zeppelin is a relatively unknown brand to me.

The depth of the dial really draws attention to the watch. Common reactions include phrases like “gorgeous” and “oh cool”- it’s one of the few watches I’ve worn that non-watch people also really enjoy. The dial is intricate but done well; despite its complexity, the dial never feels overdone or busy. Almost everyone I’ve shown the 7640-1 to has commented on how it looks.

For nearly $300 I’d normally harp about the lack of sapphire, and I feel that it’s a missed opportunity to really solidify the longevity of this watch. However, the dual-time movement, overall quality of build, and the domed crystal are all appropriate for its price. Given these things, I can live without sapphire.

The entire case is polished, and while it doesn’t show scratches on the bezel or sides, the lugs are starting to show a decent amount of wear.The case, polished to a shine, still looks great after many hours of wrist time.

This watch will look great for many years, though you may wind up replacing the crystal more than once.Free of any defects, the dial is well built and matches its presentation.

Buuuut, as much as I can “live” with the mineral crystal, that hasn’t changed that it’s gotten a little marked up when worn. You can see a mark in the crystal near the 12 o’clock position- I’m not sure how it got there, but it’s there nonetheless. This makes me concerned for the crystal, as it protrudes 2-3mm above the bezel and is large enough to attract unintended knocks against car doors, desks, and other hazards you’ll encounter in the day.

The buckle is otherwise unremarkable, doing its job as it should.

It’s one of the most comfortable straps I’ve worn on a watch at this price, and it’s aging appropriately. It’s going to look great for a long time.The brown leather strap has worn well and aged nicely. The front of the strap shows subtle signs of use, but far less than its actual wrist time would suggest.

A clear miss is the clasp, which is an unbranded standard steel buckle. This was an opportunity to emboss the Zeppelin logo, which is one of my new favorites, and complete the package. I’m not sure why this was omitted, and while it’s a small thing to skip, it’s something that could have really drove home the look.

About the Ronda 6203.B Quartz Movement

You should expect many years of reliable operation from this movement.This is the first time I’ve had hands-on experience with a quartz movement from Ronda, and it’s been a positive one overall.

In every way that matters, this Zeppelin is a great pick.

A dual-time watch using a Swiss movement is already uncommon, and this is especially true at the sub-$300 price point. Finding one that looks this good and is built this well for $290 is a tall order; in many ways, Graf Zeppelin has really identified the niche this watch fills.

Between the big date at 12 o’clock, the second time display at 6 o’clock, and looks that are among the best its in class, I enthusiastically recommend this watch for someone looking for something unique, interesting, and beautifully styled.

This watch is part of the “100 years of Zeppelin” collection, and it feels as special as the name would suggest. It’s a conversation piece, people love it, and it’s not hard to see why. A lot of watches in this price range feel generic, whereas this Zeppelin really feels like something unique and interesting.