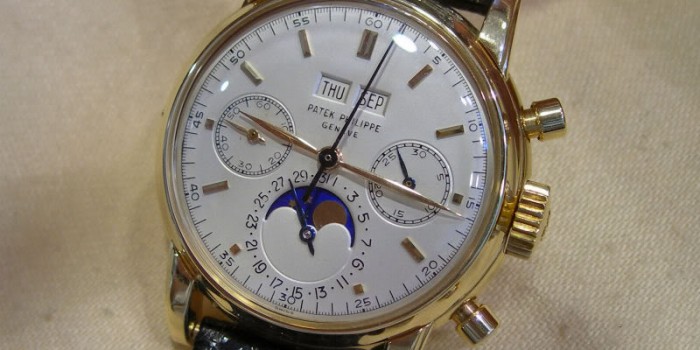 Yesterday I was visitting Gerard’s watch store and while I was there drinking some coffee, I browsed the latest Antiquorum catalogue for the upcoming auction of the 15th of June.

Just now I noticed a post by Felipe on WatchRap.com which describes (in pictures and text) some of the highlights of that auction. Felipe visitted the auction preview in New York in person with some watch friends and took a lot of pictures.

See for your self.