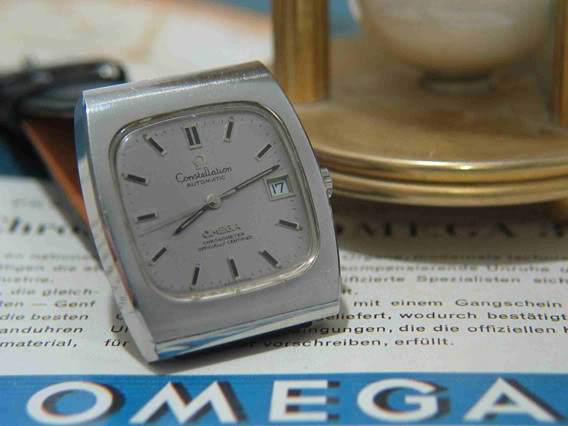 Last sunday, I went to the Rikketik watch fair in Houten/The Netherlands. This fair is being held a few times a year, and is also held in Antwerp/Belgium. Besides wrist watches, there are a lot of clocks and pocket watches for sale on the fair. So far so good.

My last visit to the watch fair was at least 1 – 1.5 years earlier and as soon as I entered the large hall with all the sellers, I knew why it was 1 – 1.5 years earlier. What a mess. They should seperate the (wooden cuckcoo) clocks from the watches to start with. But this is not the worst part. The worst part is the quality of the offered goods. Omega watches seems to be the most popular brand on the watch fair. Logically, because the vintage Omega watches are still affordable and easy to maintain. However, I have not seen a single decent vintage Omega for sale. If the prices would justify this and leave room for a complete overhaul at Omega in Bienne (add a few hundred euros for a complete overhaul, depending on the model) you could really buy a nice time piece. However, the prices are skyhigh and watches are being sold (or trying to be) as ‘Near Mint’ or ‘In pristine condition’. Give me a break.

Additionally, a lot of fake watches are being offered there. Fake Panerais, Rolexes and other ‘popular’ models. I really don’t understand why the organisation of such a large fair doesn’t take appropriate action.

A few international sellers (most of them were German) seem to have the good stuff. New or slightly used Rolexes and Omegas for sale for decent prices. But ofcourse, the average Rikketik attendee doesn’t have 3K on him to get himself a nice new or near mint Rolex, Omega or whatever brand.

I don’t know if I grew out of it or if the fair got worse and worse in the last couple of years. But I do know that the watch fair in Duesseldorf (in the Radison SAS hotel) is far nicer to visit. Better quality of offered goods and a more decent and attractive set-up. But then again, they probably pay more than 25 euro to rent a table.

At least it got me thinking that the watches I have in my collection which are about to move out, are in a way (WAY) better condition and could have been on sale at the Rikketik ‘as new’. Really.