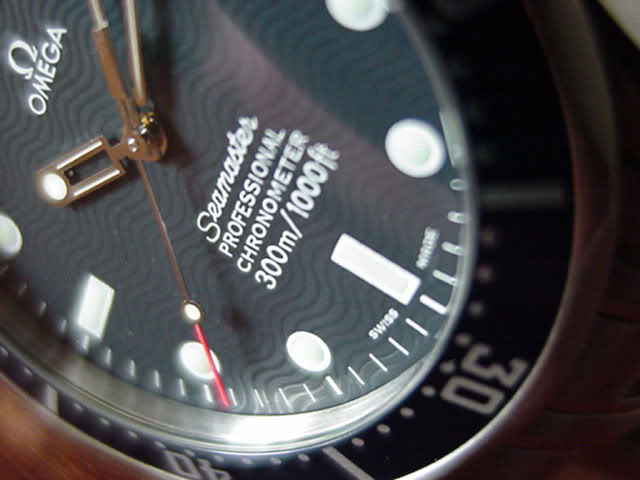 I am not someone who buys a watch primarily for the movement that is ticking inside. I did that once of twice, but those watches ended-up not being worn. I recall a Bulova Spaceview Accutron, an electronic Omega Constellation and a Sinn 142ST with a Lemania 5100 movement. Although all those watches had nice or at least collectible movements inside, none of them had a design that was fit for me. If I had unlimited financial resources, I would probably still have all of them. But reality is that I only want to buy / keep watches that I can wear. On the other hand, I donÄôt want to buy watches with a movement that is not Äògood enoughÄô for my taste. I realise that this requirement is quite subjective, because I donÄôt have the watch maker skills to judge if a movement is good or not. And some times this requirement that I made up does not even make sense. For instance, I would be very reluctant to buy a Panerai (or any other brand) with a movement based on a valjoux 7750. However, I did buy a Panerai with a Unitas handwound movement. Both movements are not very highly thought of and are considered to be ÄòcheapÄô by some collectors. However, I still bought this Panerai because I really like the design, dial, originality and history of the watch / brand. Since the price was right and the movement, although it is quite basic, has a nice optical finished and has been given a swanneck regulator, I didnÄôt have too many problems convincing myself that the inferior considered movement would bother me too much. Maybe I would have done the same if I would have cared for a Panerai watch with a valjoux 7750 based movement inside. Just maybe.

I have found that other collectors or enthusiasts have the same train of thought. Perhaps based on different criteria or brands, but great minds seem to think alike.

There are also a few watches, of which I think they have the best of both worlds. Most of the time, these watches are considered to be classics by a whole bunch of people anyway. Like the Omega Speedmaster Professional. Great timeless and well-though-out design and has a Lemania handwound chronograph movement which is considered to be superior to the valjoux 7750 movement and some of the pigggy backing chronograph movements. Same goes for Rolex. The classic design suits me perfectly, and the movement is considered to be one of the most solid and reliable ones around. Due to the looks of the rotor the movement might look like it has no optical finish at all, this is not the case. A lot of people seem to think so, and a few weeks back a poster on TimeZone referred to this as the TimeZone-myth. Upon which I agree. I have seen the movement without the rotor through via sources (magazines, websites and in real life) and it has at least my sign of approval

The list of other watches that have a great combination would get too long to post here, but if you are an avid reader of my blog, you probably are aware of my taste for watches.

On the other hand, there are watches which I really like for its looks, but wouldnÄôt dare to buy them. As I wrote before, a Panerai based on a valjoux 7750 is already on the edge for me, but a watch that really makes a good example is the IWC Portugieser Chronograph. I really adore the classic chronograph look on this watch, and think the lack of a thick lunette make it a very clean design. However, the valjoux 7750 movement ticking inside is an absolute no-no. I wouldnÄôt care too much about the valjoux 7750 if the watch was priced on a more realistic level (instead of +/- 5500 Euro), but I would expect at least a bit better finish on this movement. The close-ups of this movement in a German watch magazine (Chronos or Armband Uhren) showed a wire edge on several of the movement parts. In the used market, this watch ranges from 2500 to 3000 euro, it is at least a bit more interesting. But this doesnÄôt make up a 100% for the sloppy finish.

Maybe, just maybe, one of the best buys is the Omega Seamaster Professional. Original (Gerald Genta, for those who didnÄôt know) design, solid bracelet, saphire crystal, very nicely finished case and caseback, clear and original wave patterned dial, helium gasvalve as a ÄòspecialÄô feature and a common, yet nicely finished movement based on an ETA2892-A2. These movements seem to be real work horses and have been given a nice Omega-touch. Not only optical, but also construction wise (a heavier rotor and an extra jewel have been added). Just for a mere 1600 Euro. Sold mine a few years ago to add some (!) money for a Sea-Dweller which was at least twice as expensive. Twice as good?