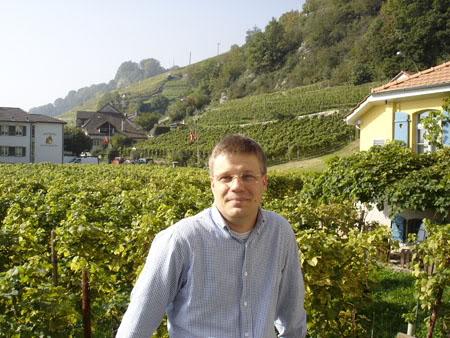 Last week, I received an invitation from Thomas Prescher and the Time Gallery in Bern. It was also posted at several haute horlogerie forums on the internet. Thomas Prescher is known in the watch world as a creator of that which would normally not be possible. In completing a flying Triple Axis Tourbillon, he was catapulted into the spotlight seen by collectors and lovers of exquisite watches. His unusual works touted mechanical art or sculptures by connoisseurs of horology regularly surprise the casual observer of the watch world.

Martin Pauli and his independent Bern-based watch brand Angular Momentum opened the Time Gallery in 2003 on Brunngasse in Bern. Time Gallery is both official showroom for watches from Angular Momentum?¢Ç¨Ñ¢s own production and a real gallery for luxurious exhibitions on art and the art of craftsmanship. These two men have been friends for several years.

Time Gallery in Bern and Thomas Prescher invite you to a journey through the modern world of a 500-year-old craft. Eleven of the most well known watch artists of our time invite you to a presentation of their work at the Time Gallery Bern to discuss and provide an introduction to the world of their special styles of high-end watchmaking.