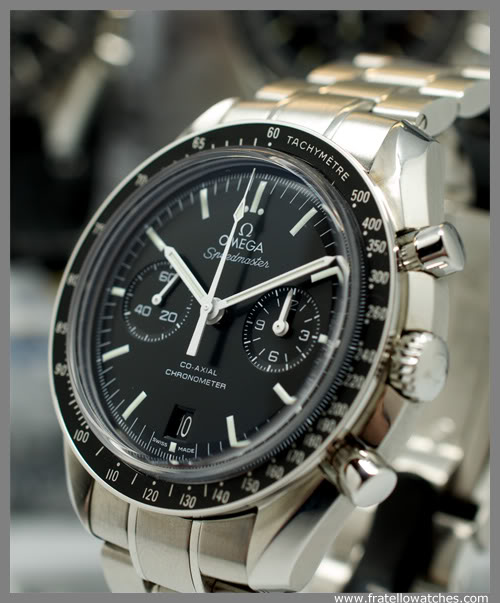 We received a Speedmaster Moonwatch Omega Co-Axial Chronograph to go hands-on with it for a while. Although Omega refers to it as ‘Moonwatch’, it is not of course. When it was introduced during BaselWorld 2011, we covered it as soon as we could (click here) and could not wait to give it a try. It’s here since today and we will test drive it for a while before giving you a detailed report about it.

First impressions are great! The size is good (44.25mm), the bracelet is massive and tiny screws have been used to keep the links in place instead of pins, the caliber 9300 movements looks awesome and we actually like the two registers.

Larger versions of these pictures can be found on our FratelloWatches Facebook page. Do not forget to Like! us