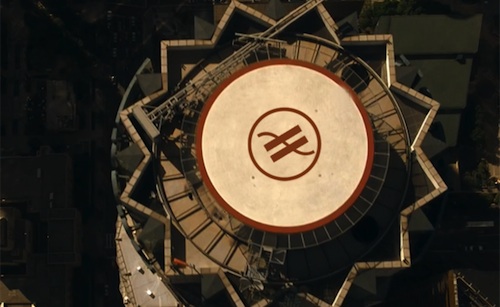 Hublot and National Civil Aviation Agency (ANAC) will customize the helipads of Sao Paolo in preparation of the World Cup Sao Paolo.

After 6 month of discussions with the National Civil Aviation Agency (ANAC), the Brazilian agency for the regulation and the safety of civil aviation, Mr. Jean-Claude Biver reached an agreement with Mr. Marcelo Pacheco dos Guaranys, Director – President of the ANAC, for the exclusive rights of branding the helipads of the city of Sao Paolo, Brazil.

The first transformations of the helipads will start in June 2012 in order to be completed for the 2014 FIFA World Cup in Brazil.

JC Biver and Hublot already have experienced the world of soccer since 2008.

To celebrate the collaboration with the ANAC, Hublot will launch the HeliBang King Power in a limited edition of just 100 pieces made of a newfusion material based on Titanium and the composite of the helicopter blades.

Jean-Claude Biver, Chairman of Hublot: “Sao Paulo is crazy! There is an incredible traffic, very wealthy people and big companies, so the helicopter is the best way of transportation. Even if something happens on the other side of the city we can be there in 15 minutes. I am very happy that soon you will see Hublot from the sky !”

According to ANAC the number of helicopters in Sao Paulo state jumped from 374 to 569 between 1999 and 2011, making it the helicopter capital of the world ahead of both New York and Tokyo.

More information can be found here, at Watchonista.

HANDS-ON: An exercise in harmony and contrast – the Hublot Classic Fusion Racing Grey in King Gold 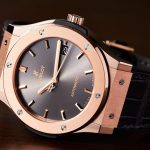 HANDS-ON: An exercise in harmony and contrast – the Hublot Classic Fusion Racing Grey in King Gold 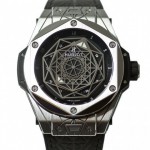