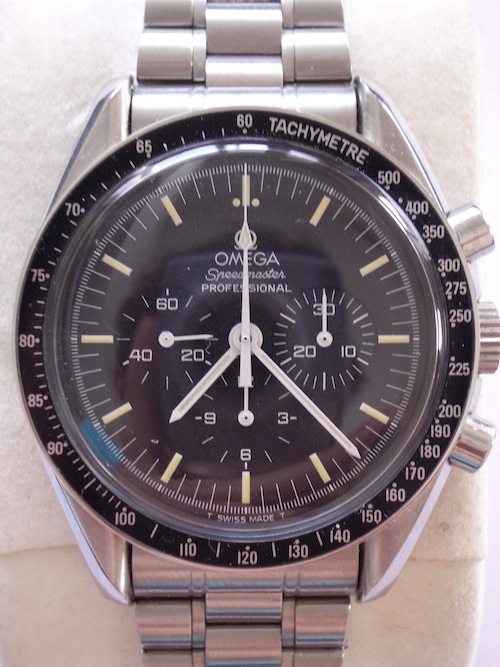 This Omega Speedmaster Professional MIR looks no different than the regular Speedmaster Professional, except for the engraving in the back. It says “365 Days on board space station MIR July 1993 – July 1994″ and has a number engraved on the back. After this test period of a year, it was also used during the actual link-up in 1995 on board of the MIR.

Special packaging was also part of the deal, the MIR came with an aluminum suit case with a Moonwatch book.