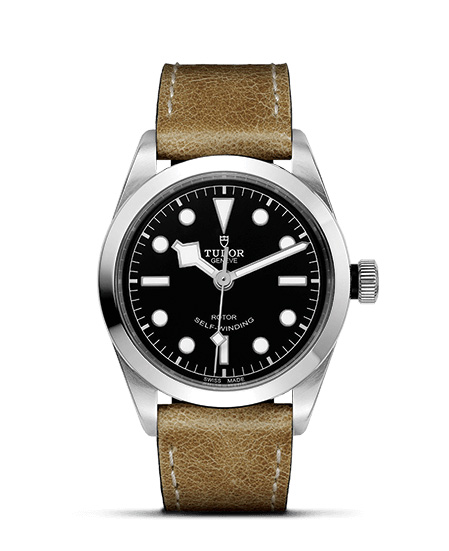 This year’s Baselworld saw a whole slew of both vintage re-interpretations and modern updates to horological classics. From the new (Paul Newman-esque) ceramic bezel on the updated Rolex Daytona, to TAG Heuer’s Monza re-issue, to an interesting pocketwatch-inspired piece by Tissot, Baselworld 2016 has certainly shown that brands are getting more and more involved in catering to vintage-oriented consumers’ desires. 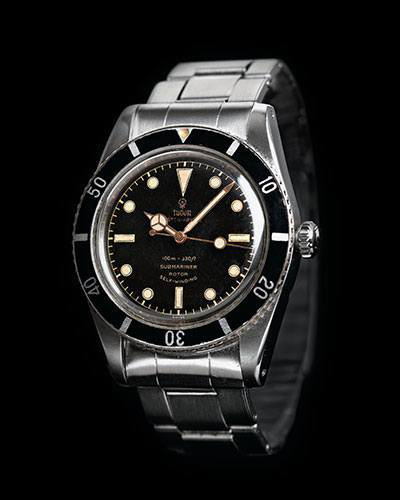 Continuing with this trend, and from a brand that has played a significant role in driving it forward since 2010, Tudor has released three new variations to its very popular Heritage Black Bay series, along with updates to its existing references, and, finally, the arrival of the very first in-house movement made for the Black Bay models (Caliber MT5602). From all of this, there was major excitement for both the new, 43-mm bronze-cased variation of the Black Bay, along with a new 41-mm PVD-coated variation dubbed the Black Bay “Dark.” But, besides these two new models, the new movement, and the updates to the destined-to-be-iconic series, Tudor released the Black Bay “36” a personal favorite and a watch with some interesting heritage.

The Tudor Black Bay series is itself an interesting line of watches, as we explored earlier this year. Based largely upon the Tudor Submariner designs of the past 60 years or so, especially the 1954 “Big Crown” and “Snowflake” Submariners, Tudor set out initially to develop another line of watches within its broader Heritage bubble. From 2012 (the series’ first year), to now, we have seen the Black Bay series develop from simply a watch that honored its dive watch forebears to one that has carved out a significant placee for itself in modern horology.

This development continues with the Black Bay “36.” The piece, as its name indicates, is a 36-mm, steel-cased conglomeration of many vintage and modern Tudor elements. The satin-finished case has a polished bezel and the familiar large Black Bay crown, and contains the Tudor Caliber 2824— the same modified ETA 2824 previously used in the 41-mm Black Bays. On the black dial resides the applied white triangle, rectangular, and circular hour markers familiar from past Tudor divers, as well as the much-loved snowflake hour hand, diamond-lollipop seconds hand, and sword minute hand. Available later this year,it will be priced around $2,500, with a choice of either a metal bracelet or leather strap.

To give you a glimpse into how my mind works, I saw a picture of this watch prior to reading the press release for it, and my first thought was, “this has to be a Frankenwatch,” or a watch developed post-manufacture from a variety of different parts (suggestive of Frankenstein’s Monster). To my satisfaction, I quickly found the release and discovered this was not a “Franken,” but rather a very cool watch composed of an array of different elements from Tudor’s past. The crown, dial, and hands are from the Black Bay (which are in turn derived from historical Tudor dive watches), the 36-mm steel case from vintage Tudor and Rolex Oyster cases, and the curved “SELF-WINDING” text toward the bottom of the dial from any number of vintage Tudors. Even the Tudor-modified ETA movement could be considered a vestige from the brand’s history, as it has been customary (up until the Baselworld 2016 release of the in-house Tudor Caliber MT5602) for these watches to be powered by movements sourced from another company.

All of these features are positive, at least from my perspective as a “Vintage Eye.” I find all of the elements derived from the larger Black Bay series to be tasteful and done well in a smaller watch, I personally believe (probably as a result of my slimmer wrists) that 36-mm is the perfect size for a case, and I think this watch as a whole is an interesting departure from other Tudor pieces. Of course, part of me wishes this watch were a true dive watch, and had an appropriate bezel and depth-rating to match (or maybe even a fluted instead of a smooth bezel). In addition, I do wish there were an option for a cyclops date window, I do prefer the vintage Tudor “Rose” logo as compared to this watch’s “Shield,” and I do think the piece could benefit from a longer power reserve (the other updated Black Bays are at 70 hours, while this one is at a relatively low 38). However, if the rest of the Tudor Heritage and Black Bay series are any indication, Tudor is both aware of, and listening to, input such as this. And my only hope is that these desires will be met by this time next year — or at least by the next time I’m looking for a new watch.