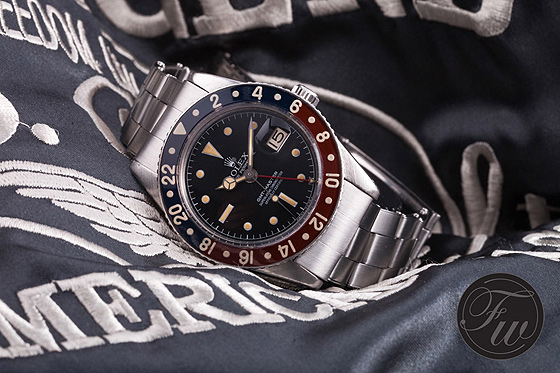 Over the past 100 years or so,  has produced more than a few “dynasty” series of watches — from the Datejust to the Day-Date, to the Explorer, Daytona, and Speedking, to the piece we will be focusing on today: the GMT-Master II. These watch collections originally built much of their reputations on functionality and durability, but have over the years transitioned more into the luxury (i.e., more expensive) side of horology, giving them another layer of intrigue to many consumers.

The Rolex GMT-Master II, the descendant of the original GMT-Master (as you might have guessed), is no different. The GMT-Master series, first launched in 1954 with the Reference 6542 model, was aimed at pilots and travelers looking to keep track of the time over various time zones. This watch, with its familiar oyster case, had a 24-hour bidirectional Bakelite bezel, a lack of crown guards, and a prone-to-patina dial depending on the owner’s level of use. Over the next few years and references, Rolex Swiss watch price  introduced a less fragile (relative to the Bakelite) metal bezel, crown guards for more protection, and various improvements on the original movement. 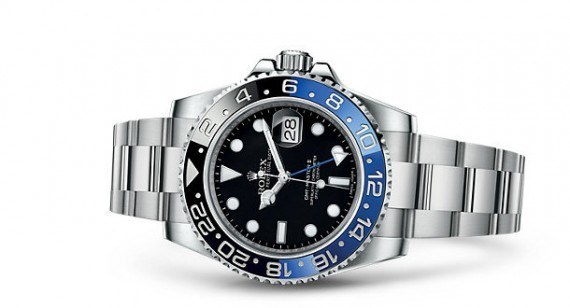 The modern reference, the 116710, is an interesting piece with both contemporary and vintage design elements. Cased in a 40-mm steel, yellow or white gold, or steel-and-yellow-gold case, with the familiar 24-hour rotating bezel and crown guards, the piece is powered by the durable automatic Caliber 3186. On the dial resides applied circular, rectangular, and triangular hour markers in white gold; a date indicator with “cyclops” lens at the 3 o’clock mark; and a host of different writing, including the corporate logo toward the top of the dial and descriptors of the watch toward the bottom.

The last key features to notice are the hands, which include a “Mercedes”-style hour hand, a sword-shaped hand for minutes, a lollipop-tipped hand for seconds, and, finally, a triangle-tipped GMT hand pointing to the 24-hour scale on the bezel. The GMT-Master II is widely available at many different dealers, and most often starts in price at around $7,000.

On one hand, there are many similarities between the modern GMT-Master II and more historical references, but on the other, there are also many differences. Today, the 24-hour bezel, GMT hand, and dial features have remained practically the same, outside of a few color options and material improvements. Coversely, however, the lugs are much shorter, the case is much thicker, and some color options previously available on the steel versions (such as the famous red-and-blue “Pepsi” bezel, as seen below) are now available only on the models made of more precious metals, such as white gold. Overall, the modern watch is a very different piece as compared to the original GMT-Masters of the 1950s and ‘60s. It is today a much more masculine and bold watch, more likely to be found sitting thick upon the wrist of a boardroom executive than that of a pilot — despite its very interesting heritage in the world of aviation and its enduring fame among lovers of pilots’ watches.

I have mentioned in the past the strong craving of many vintage-watch enthusiasts for more historically faithful re-editions by Rolex. But the brand, thus far, has focused much more on appealing to modern tastes than by humoring those seeking the designs of years past. That said, the current GMT-Master II reference has been in production for almost 10 years (it was released in 2007), so fans of the series are likely to see an update to the collection in the not-too-distant future. And, if the newest Daytona released at this year’s Baselworld was any indication, it might just include a historical nod, whether in the form of a bezel, a color option, or perhaps even more.