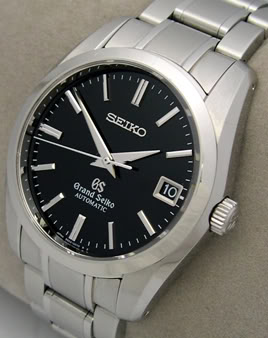 Kucimo wrote me an e-mail about two weeks ago, stating that I shouldn’t forget about Grand Seiko, after my negative rant on collecting Seiko or other Japanese watches.

On the one hand I think he is absolutely right. Look at this picture below, which Kucimo attached to his e-mail, this looks perfect. You can see that Seiko put a lot of work in this to reach perfection in a watch. Everything on this watch ‘fits’ and every detail is probably discussed for hours at the Seiko R&D meetings. On the other hand, who is going to pay 5.000 USD for a Seiko. The money a Grand Seiko costs, easily buy you a great Swiss watch as well. It is like having a lot of money and spending it on a Honda (in the US Accura I think) NSX sportscar instead of a Porsche 911 Carrera 4S Coupe or other similair priced European crafted sportscar. Okay, so the Grand Seiko isn’t just any Seiko, as the NSX isn’t just any Honda. But I am sure you’ll catch my drift. It is all ‘between the ears’, I know