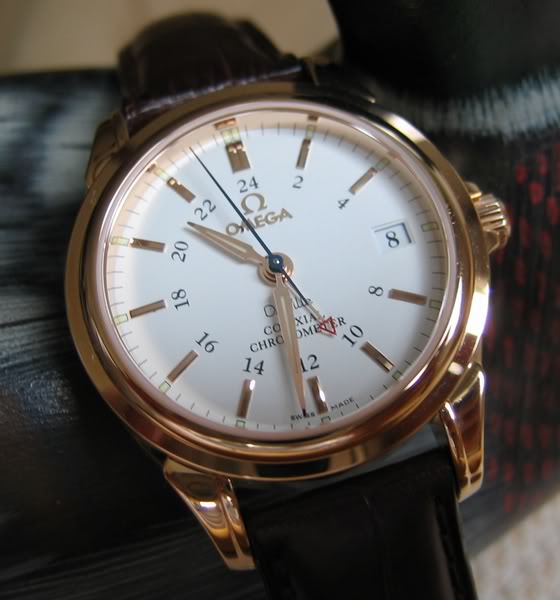 RogerCP (a TZ regular) wrote a nice review on the Omega DeVille Co-Axial GMT. It is a 18 karat ros?© gold version, but that’s not even the argument why I think it is ‘special’. The watch is only 35mm in size. That’s smaller than the average men’s modern wrist watch.

The review is quite in-depth, not only on the movement (caliber 2628, which is based on the famous co-axial movement caliber 2500, which is based on ETA 2892-A2 again. Or did I forget to put the Omega caliber 1120 in there as well?), but also on the case, dial, hands, strap, deployant clasp and last but not least… the GMT watch as such (and links to some other GMT related articles as well).

And here for some explanation on the GMT feature.