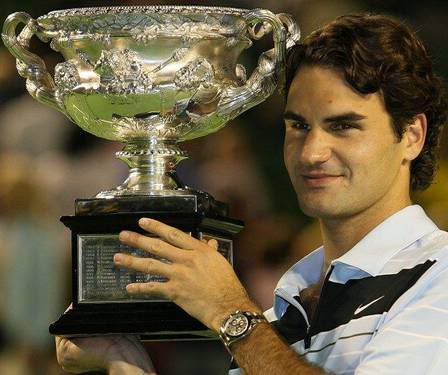 After exactly one month of silence, I am back Holiday, and especially moving, took (and takes) more time than I expected. My cableprovider still has problems to connect me to the internet in my new home, but luckily I have some unsecured wifi networks in the area.

I don’t know if you watched Wimbledon 2007, but I was surprised that Roger Federer was wearing a Rolex Daytona when he received his Wimbledon-cup. Ofcourse, the Maurice LaCroix sponsorship is over since 2006, but the love was purely a contract it seems

By the way, he signed his sponsorship contract with Maurice LaCroix in 2004 for 5 years.. so it ended prematurely for whatever reason.

Then, on the 6th of July, a number of watches were stolen during a burglary in the Girard-Perregaux museum La Villa Marguerite. Watches worth several million Swiss Francs were taken after a couple of men entered the building and pretended to be deliverymen.?Ç¬A few hours after the burglary the police intercepted one escape car (the other one, a BMW X5, managed to escape from the road?Ç¬block). After the investigation of the crime suspects and their escape car, the police found the watches hidden in a big bag under an oak tree on the 9th of July. A weird but true story