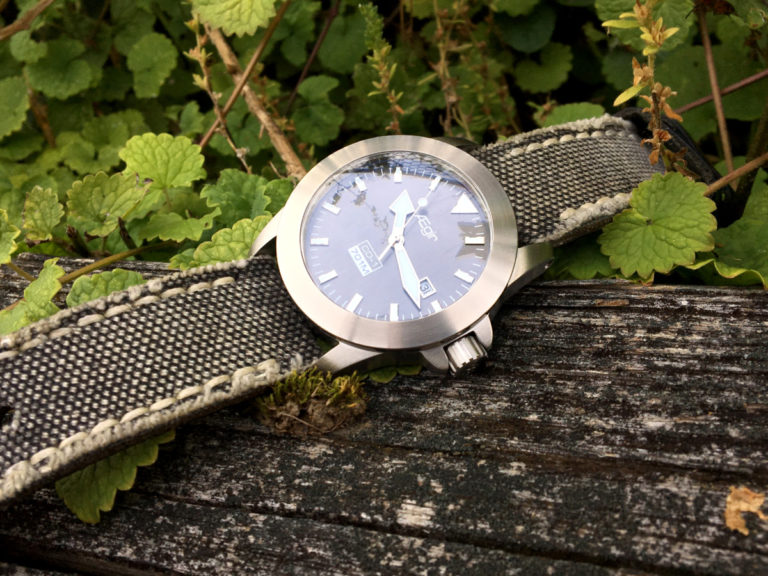 It wasn’t until 2014 that the CD-1 was finally realized. Between factory issues, movement company hold ups and currency rates, and the fact Todd is more or less a perfectionist when it comes to many things, there were setbacks to say the least.So it’s been quite a struggle at times and not an easy road for Todd. Todd never quit and his watches quality show that. Aegir watches are produced in Germany and Switzerland, and these days assembled by him in Australia, where he resides. Many independent or microbrand companies these days have their watches produced in Asia either wholly or at least partially, and assembled elsewhere. 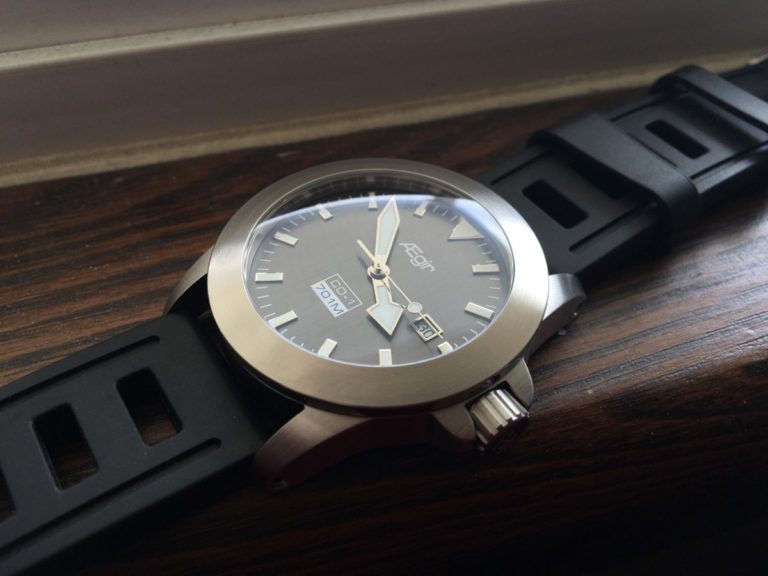 Obviously with a rating of 701 meters, the CD-1 is more than capable to go into the water, I mean it is designed by a commercial diver! The CD-1 is available in 3 dial colors, white, black and a brushed grey and 2 case finishes, brushed stainless steel and a black DLC. Cases are machined in Germany by Fricker, and an improvement in my opinion over the his sold out and discontinued CD-2 is drilled lug holes, with hex screws and yes, screwdrivers are included. Another thing that is included is a timing report. Todd times every watch after assembly and includes a printed copy. Accuracy on this example averaged out to about 3.3 seconds per day, and I have determined that is was gaining that time. The movement used in the Aegir CD-1 is the Soprod A1o, a relatively newer movement that has been used by quite a few companies, including the OWC Dive Watch I reviewed last year, among a good many others. Soprod was once the processing company for ETA, and the A10 is designed to be a replacement for the ETA 2892. I have had this movement in a few watches and it is as smooth and reliable as any ETA. 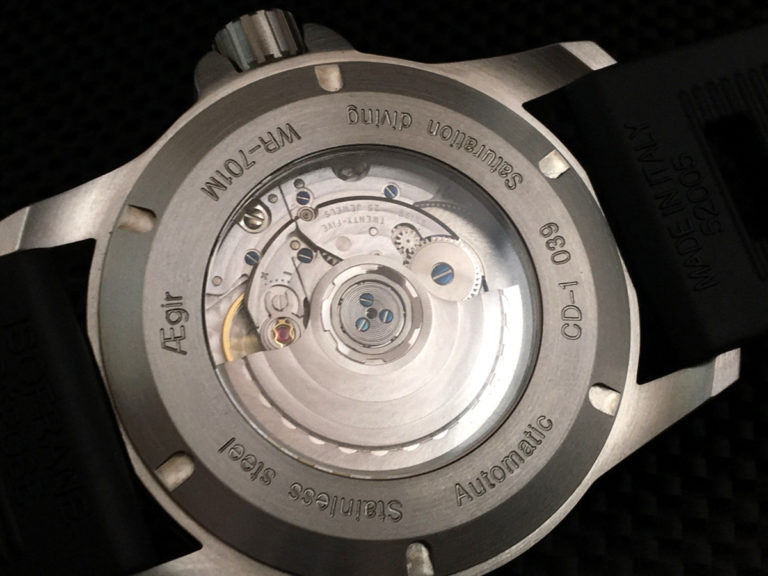 On my 7 1/2 inch wrist, the Aegir CD- is nothing short of fantastic. Now, let me clarify. I am not someone who loves to wear a 45mm + watch these days, at least not on a regular basis. So for me, the 42mm size is perfect. And while 42mm might sound small to some, the use of 24mm lugs, something rarely seen on a watch of this size, will make it feel bigger. The one point of contention, if I can call it that, would be the use of double sided screws for the lugs. While tools are included to remove them and it is easy, I am always afraid of over tightening with the screw drivers and causing it to strip. I have changed out the included Isofrane strap, (one of the best rubber straps on the market that sells for $120 by itself), a good couple of times already and no issue. One sided screw bars would be great on his next model.
With the lack of a timing bezel, it gives the watch more subdued or understated look about it, and if you change out the included Isofrane strap, you can make it look more like a casual watch like you see in this pic below, as it is on a distressed canvas strap. (In the video I will show it on a Drunkart Straps weathered black canvas). If you were to put it on a nice leather or alligator strap, you are ready for a night on the town. Many times, myself included, we label things an all occasion watch. And while some definitely are, the Aegir CD-1 really hits the mark in that category. I think the brushed grey dial is even more suited for an all occasion watch, more so than the black or white dial, though your opinion may differ.