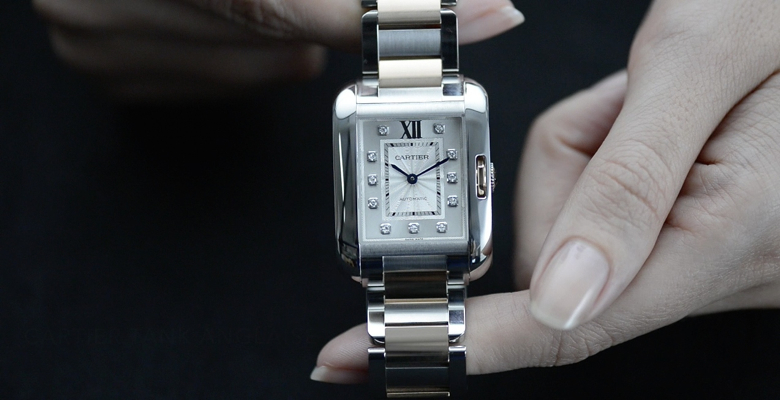 Louis Cartier’s ornginal Tank was first launched in 1917, which was inspired by the Renault tanks he had seen being used on the Western Front. If that isn’t military enough, the prototype was presented by Cartier to General John Pershing of the American Expeditionary Force.

Since then, things have got a little less aggressive. However, throughout the history of the Tank, from the Louis in 1922, through to the Americaine in 1989 to the Francaise in 1996 and now the Anglaise, certain design codes have remained.

There is a chemin-de-fer chapter ring, sword-shaped blued steel hands and the trademark sapphire cabochon on the crown in the bold Roman numeral dial, which is an instantly recognisable classic. No wonder it has graced the wrists of some of the world’s most iconically stylish women such as Jackie Kennedy and Princess Diana.

This is unmistakably a Tank. It has the case-wrapped crown with a sapphire on it and the chemin-de-fer chapter ring. However, this design only has Roman numerals at 12 o’clock, replacing the rest of the numbers with diamond indices. This iteration was launched last year at SIHH but only arrived in stores six months ago. It was the first time the Tank design had been updated since the Française in 1996. While it has the same bracelet as its predecessor, the case shape has lost its sharp edges in favour of something far more sensuous.

Up close and personal

Some people have a rather visceral hatred of bi-colour straps, but if you’re not one of those people, then you’ll really love the subtle inlays of rose gold, which warms any skin tone. This slightly larger version (39.2mm as opposed to the 30.2mm quartz version) is automatic, which means you get to own a Cartier calibre 076 for just £1,250 more than you’d pay for a quartz. And you get diamonds too, if that’s your thing.

This is the epitome of elegance. The more rounded case of the Anglaise is undeniably feminine and its rectangular form curves over the wrist beautifully, accentuating the interesting case design. Although this is Cartier’s updated model, it feels more influenced by Tanks of times past than its immediate predecessor, which only adds to its charm. 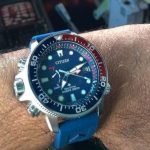 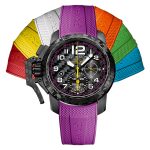